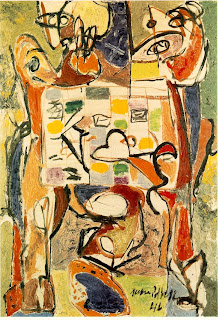 Mr. Karnal was met at the Thane Civil hospital a few months ago.

Our staff have gradually developed a relationship with him through home visits. Mr. Karnal has HIV. So does his wife. So do one of their kids.

Mrs. Karnal was not at home. She had left. As the staff visited Mr. Karnal, they were told that she did not care for the kids and had left to stay with her family in Kalyan.

Last week Mr. Karnal said that his wife was sick, and could we visit her. Normally we would not, since she lives a good 1/2 hour out of the city and so very much out of our catchment area. But then again she is the wife of an HIV positive person we are looking after, and the mother of a positive child - and is positive herself.

When our staff met her, they quickly found out that the situation was not as black and white as Mr. Karnal had made it out to be. She loved their children very much, but had left because of the vicious abuse that she received from Mr. Karnal and his family.

As one of the many 'love marriages' she had known Mr. Karnal from their childhood. A fair lady, Mr. Karnal was intensely jealous of her. He beat her repeatedly in drunken rages. His parents were spiteful and oppressive to an extreme. Whenever she became pregnant he accused her of having affairs and demanded she abort. She did. This happened not only once. She aborted twins.

All of this came out today when Mr. and Mrs. Karnal came to visit Sheba. Mrs. Karnal was like a stone at the beginning. As the stories unfolded, so did the tears. Mr. Karnal did not disagree with what his wife was saying. To hear what this family has gone through was harrowing.

And yet, when Sheba told Mr. Karnal that he had to ask forgiveness, he amazingly did. And amazingly she accepted it. More tears. "I have only come here because of Jesus Christ" she said. "But don't force me to bow my head and go back to his parents home."

We are dealing with relationships that are ragged and frayed. But what opportunities for grace.

Today was the first time we met Mrs. Karnal. They will be coming back next Monday again. We told Mr. Karnal that he has to earn her trust too. Lets pray that today's tears will lay the foundation for the family to be reunited.
Posted by Andi and Sheba Eicher at 21:53