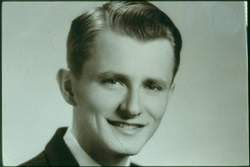 Tireless advocate of telling everyone about Jesus. That’s what comes to mind when I think about George Verwer.

50 odd years ago, he and two of his college-going friends went down to Mexico to put their obedience to Jesus into practice. No big funds in hand – God would provide. No extensive missionary training – they were just going to do what the Bible told them. No deep nuanced theology – just a radical commitment to doing what Jesus told them. Did the Bible say ‘forsake all”? They did – taking their possessions and selling them and using to money for evangelism. That was the beginning of Send The Light – which ended up becoming Operation Mobilisation.

A few months later, this group of young people were in Europe – living together, trusting in God to provide. A young German woman met them looking for a job in their bookstore. George talked with her and found out soon that she did not really know Jesus. He gave her Billy Graham's book Peace With God in German and a Bible. Shortly afterwards she was challenged by the verse: what does it profit a man if he gains the whole world, but loses his own soul. The young woman had left East Germany with the hopes of making it big in life. She realised at that point that she was running after things that would not last – and gave her life to Jesus. She was my mother – Christa Roesli Fischer at that time – later to marry Ray Eicher.

George later had a dream to come to India. He did. The earnest groups of young men and women who started coming to India in the early 60s and were joined by others from different parts of our country were part of an experiment in group living and honouring God that has had tremendous impacts in our churches and across our nation. For many OM was their nursery – their experiment of faith – their testing ground where they learned to love God and love their neighbours (often through hard means).

George and Drena and their young children (the youngest of whom was named after my Mum) were part of the OM India experience early on – but then had to leave in the early 70s. Though his heart has always had a special place for India – his passport was not given the necessary clearance to come back for many years. Till this year that is.

On Tuesday George is due to return to his beloved India. Mumbai – the “Gateway of India” is appropriately the place where he will be entering. 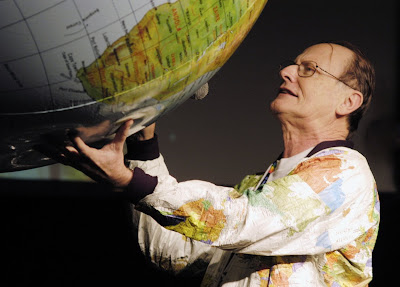 The world is George's oyster. He puts in lots of miles to tell people to go out and fulfill the great commission - and keeps doing his part of the bargain too. In the last 2 months he has conducted 60 meetings around the world. I get tired just thinking about that! 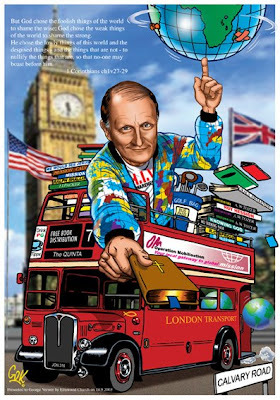 This caricature was made by Graham Donald Kennedy - you can see this and more by clicking: here
Posted by Andi and Sheba Eicher at 21:50