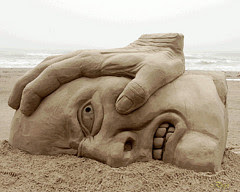 A lot of things got fixed around us at Jeevan Sahara Kendra today.

Some are in the process of mending.

First the things that were fixed.

Things that were not fixed
Things in the process of being fixed
He gives His beloved sleep
Posted by Andi and Sheba Eicher at 23:41