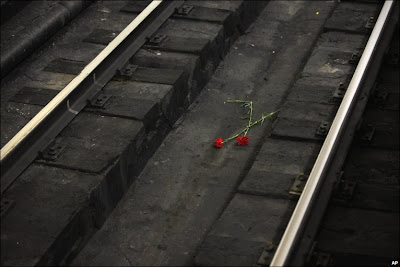 Late last night a person called up saying that his colleague was sick in a small city some hours from us. The man had been admitted at a local government hospital but was not being treated well.

I say 'he had HIV' - because this morning he was dead.

Last night we had called up one of our ex-staff who lives in that town and asked her to visit the man. She went this morning and found out that he had already died. She was full of tears on the phone - since she knew this man had heard him preached in her church on an Easter Sunday.

He had told her recently that he wanted to talk with her about something. She had been meaning to talk with him - but her mother in the village became ill and she had to admit her to a hospital.

Now when she went to meet this man - all that was left was his lifeless body. And his widow and child.

Loss of any kind is hard. The shock of knowing that people we love have died - and could be living because of the fear and shame that HIV continues to have is horrible.

Please pray for the grieving wife - as she lives through these days and weeks of loss - and as she will now also have to find out her own HIV status - and all that that has in store for her.
Posted by Andi and Sheba Eicher at 12:46