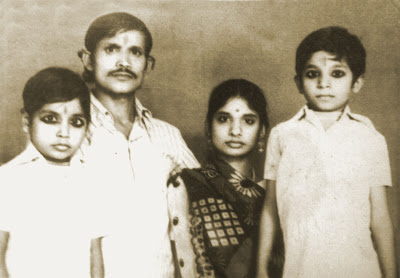 What potential exists in each person!
Over 20 years ago a terrible accident took the lives of the man and woman in the above picture. Their two sons were left as orphans in Central India. Relatives did not want to take care of two extra mouths so the boys were brought to a Christian activist who was living with his wife and two small daugthers in that area.
Twenty years on:
Upendra Kumar (the older boy on the right above) is today studying towards an MBA at Taylor University in teh USA. He has served with various ministries including OM, IMA and EMi.
Narendra Kumar (the younger boy on the left above) is married to Pramila and they have a beautiful daughter Tamana. They are serving in Varanasi, working among children in destitution and abandonned women.
We are so proud to have these brothers as part of the extended Eicher clan. Our years with them have brought much richness to all our lives. As they move forward we pray that God will continue to help them overcome! 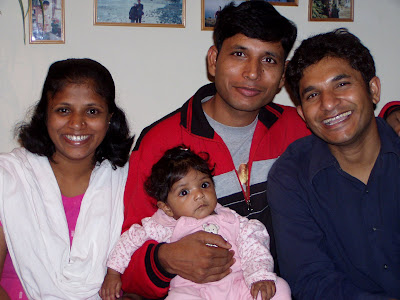 Pramila, Tamana, Narendra and Upendra - Mussoorie 2007
Posted by Andi and Sheba Eicher at 11:36