This afternoon was a special one.

Seven folks ranging in age from 12 to 70 years old stood up and told a gathering how and why the believed in the Lord Jesus Christ as their Saviour and Lord - and why they wanted to obey him by being plunged in water in His name.

Plunging is what the Greek word βαπτίζω means.  Oh, you don't read Greek?  Well that makes at least 2 of us!  βαπτίζω is transliterated as baptizó and has been shaped into the English word baptism (why is a different story for a different time).  By being plunged into water, these seven are telling the world that they have trusted in Christ - and that they are now dead to their old lives and alive with him.

The youngest of the lot was our very own Enoch.

It was a joy for me to baptise our second child - after having the privilege of doing so for Asha last year.  This year we are blessed that Oma and Opa are also here to take part in the joy. 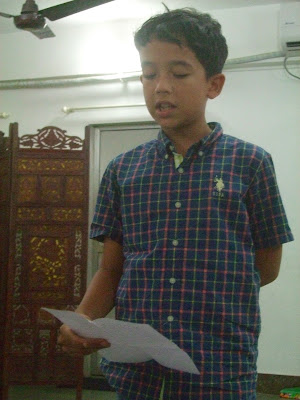 So there was Enoch - reading out the testimony that he had prepared before hand.

Earlier in the day, our dear bro Jolly told us all in church how happy he was that Enoch was being baptised - especially as he has known him since the day Enoch was born!

I was pleasantly surprised to see bro Stanley Nelson with us at the meeting - especially since Stanley had spoken when we had dedicated Enoch to the Lord those 12 years ago.

At that time, Stanley had talked about how in Ps. 127.4 children are talked about as being like arrows in the hand of a warrior.  Stanley pointed out that in the ancient world an arrow was the only weapon that left a person.  Swords, spears, shields all were held on to - an arrow flies away.  Guided in the direction of flight by the archer - but winging away at the target.

Our children are similar.  We can help direct them - but they will not remain in our hands - rather they will fly ahead to do what Sheba and I are unable to do.

We saw a small step in that direction today with Enoch standing up and giving his testimony. 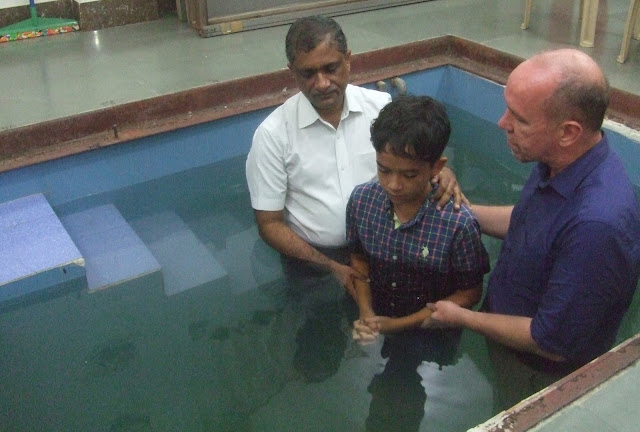 And then going down into the water where Jolly and I baptised him. 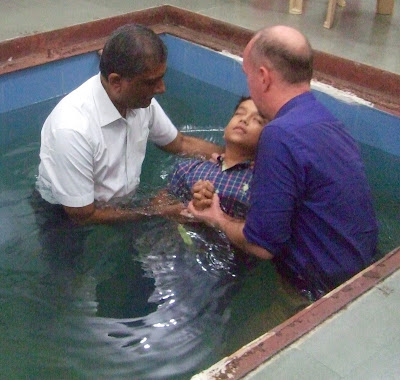 Plunging - a symbolic act of obedience to our Lord.

Done in the name of the Father, the Son and the Holy Spirit as Jesus asked His disciples to do.

A public step of following Christ.

A symbolic dying with Christ, and being raised up in the power of His resurrection.

How blessed we are to see this day - and to be personally part of another step of faith - by Enoch and the other 6 candidates who testified to their faith in our Lord today!

August 9th has entered our group of special days! 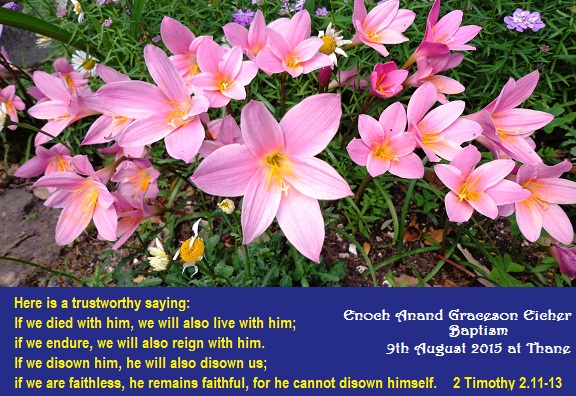 Posted by Andi and Sheba Eicher at 22:37