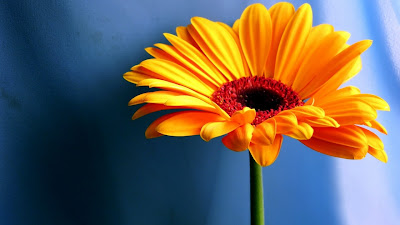 We had had a brief email correspondance and a telephone chat with Jagdish and encouraged him to come to the JSK Clinic.

Jagdish has known that he is HIV positive for the last 8 years. He is smart, well-educated and articulate.

His wife Neeta was also tested. Without her knowledge. She is also HIV positive. Jagdish did not tell her about her status.

For the last 5 years Jagdish has been running pillar to post trying to get treatment and a cure. He has been taking Neeta to a doctor who has treated her with Anti-Retroviral Medication for 4 years without telling her that she has HIV. Jagdish told her that she is 'weak' and needs to take this medicine everyday. He has also gone to various places which promised cures. One hospital in Andheri gave her 5 injections they said would cure her - and took Rs. 10,000/ for their 'treatment.'

Neeta is very depressed. Jagdish wanted us to treat her again without telling her what her status was. He said that she is illiterate and will not be able to take the shock.

The next day Jagdish and Neeta came.

She was small and shrunken. When Sheba asked her what she felt, Neeta talked about how sad she was that they did not have a house of their own. A long conversation followed and the topic of HIV was brought up. Sister Chinnamma and Sheba were able to build a relationship with the couple. They listened and listened as the story of their lives was shared. They prayed with the couple.

Jagdish and Neeta both agreed to be tested together. As they left Jagdish looked visibly happier.

The next day the couple returned. We had the results in hand. As expected, both were HIV positive.

Sheba shared the result with Neeta in the presence of Jagdish. After giving her some time to digest the news, Sheba asked Neeta what she felt about this news. After a short silence Neeta burst out crying. "Why did you keep this hidden from me?" she asked Jagdish through the tears. "I wanted to tell you" said Jagdish, "but I was afraid about how you would react."

There is no easy way to disclose. But we were blessed to be able to help Jagdish and Neeta take a very important step in their lives together.

The next day the couple visited us again. This time to participate in a special meeting we had with John Forbes. John has known he is HIV positive since 1995 and was diagnosed with AIDS in 2001. His amazing life-story - one of brokeness and redemption is a powerful example of what God can do. He shared his story with our JSK staff and selected Positive Friends on Friday.

After the meeting Jagdish and Neeta went up to meet John.

"We have found new hope" they told John. "Before we came here, we did not know what to do, but we have received love and hope."

Its a privilege to walk along side our dear friends. Jagdish and Neeta still have a long road ahead of them, but we have seen a remarkable change in the course of just a few days since we first came in touch with them.
Posted by Andi and Sheba Eicher at 08:50