A day to remember

A decade. A whole decade has somehow slipped by.

Sunday was a day of festivities!

We started early in the morning with the traditional Eicher family thanksgiving prayer - followed by a treasure hunt for the birthday gifts. 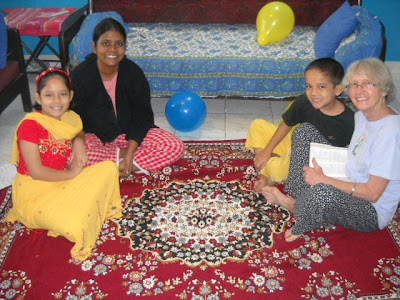 Asha was decked out for the day in her new ghagra-choli.

It was great to have 'Oma' with us - 'Opa's' presence, however, was sorely missed as he is supervising the repairs of Shanti Kunj in Mussoorie.

Hugs for Daddy afterwards were much appreciated! 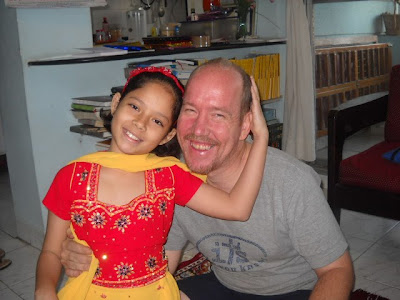 Being a Sunday - we all trooped off to church - our house-fellowship which meets in Jolly and Suma's home. After a super time of worship and learning - we were fed physically as well with a delicious Malayali meal afterwards - courtesy of Suma (with inputs from Rachael Reddy too). 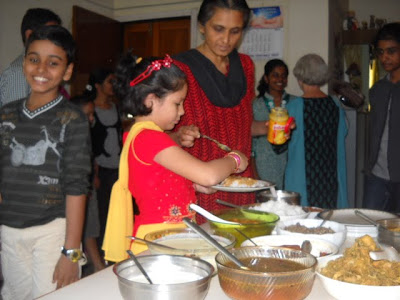 Our Asha being Asha - she had asked for rice and dal - which was made specially for her amidst the mounds of other delights...

In the afternoon the festivities took the kiddy turn!

A birthday cake had been prepared - with Asha's fledgling interest of badminton in mind: 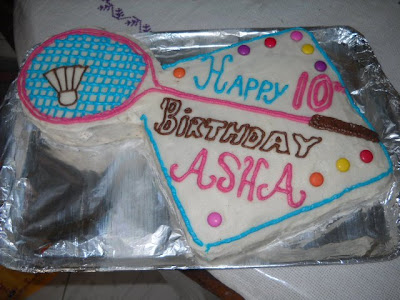 It was no problem getting our birthday girl to pose! 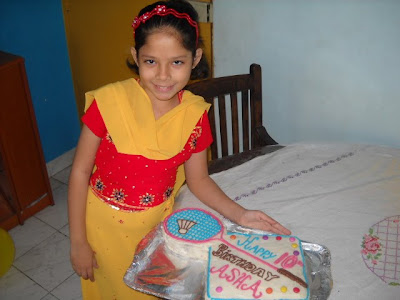 Soon the house was overflowing with Asha's friends.

Games are of course the core of any party - and we had a rip-roaring set in hand.

As the kids are growing - so is their sophistication (and competitiveness of course).

The boys vs. girls blanket-drop rapid-identification proved quite a hit! 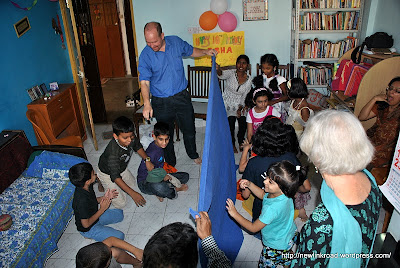 (photos from here on courtesy Dr. S.P. Matthew)
And then the action moved to the terrace. We are blessed to be on the 7th floor - and just below the terrace. During the summer we roast - but on a late winter afternoon it is just perfect for games. 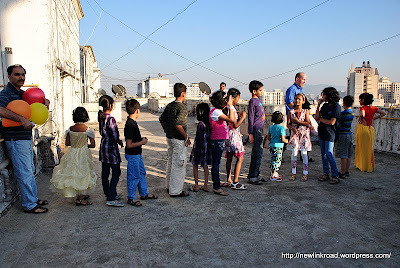 Integral to any competition - the choosing of teams - here we chose by arranging everyone in the order they were born in. Asha being Jan 16th was first in the line of course - followed by Enoch whose B-day is coming up on the 19th of Feb.

And then the games began in earnest. 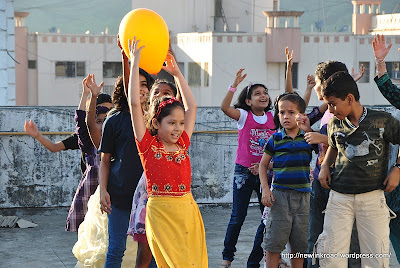 The grand game of passing a baloon back - and then having the last person run forward with it - only to pass it back again - proved a winner. What with the wind catching the baloons and taking them places - and all the kids earnestly pouring their hearts into their teams...

The result was almost too close to tell - but one result was clear - there was a lot of laughter and cheering - just what the game was meant to do. 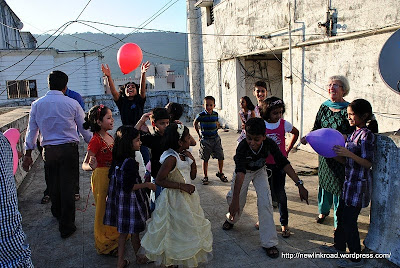 A slightly more challenging game was the blind-horse riding relay.

With the 'horse' blind-folded and the rider giving directions - it was supposed to be a combination between skill and hilarity. 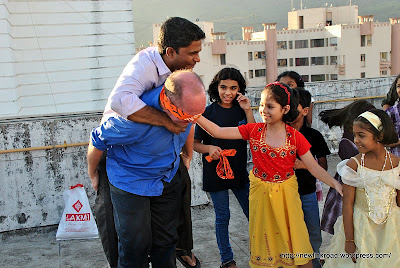 Yours truly demonstrated it to the eager masses.

And then they were off.

The problem was not a lack of participation, but an overenthusiastic bunch. The dear blindfolded 'horses' did not pay much attention to what their 'riders' were saying and charged straight ahead. One minor mishap... but the game was still on. Then we had two eager 'blind' horses collide at full speed. Head on. End of game.

Tired and a tad sweaty (with one or two teary eyes) but with high spirits the crowd trooped back down to a time of sharing from God's word - and a prayer for our birthday girl.

The cake was brought out: 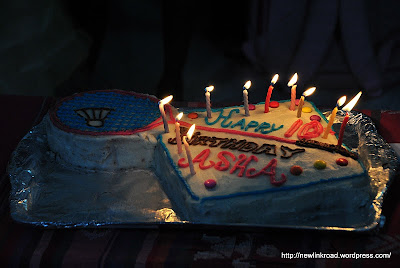 The traditional 'birthday song' was sung and all gathered to help Asha blow out the candles and cut the cake. 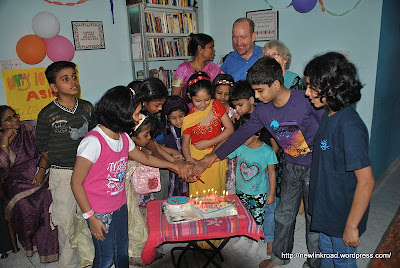 Eager hands then cut it up and added it to the other goodies - with hot samosas getting pride of place. Lots and lots of them. 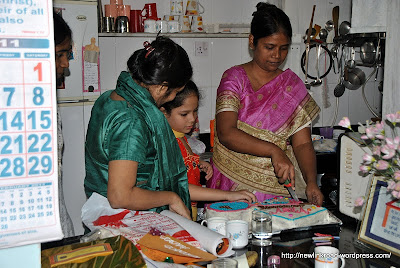 And from then on its the "feed the cake to everyone" game - masterfully played with Asha in the lead role. 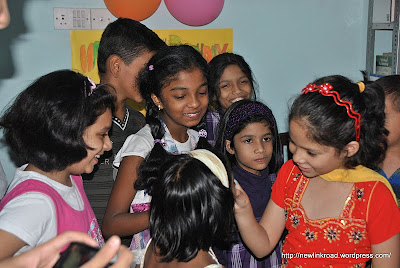 Asha has given us all so many smiles over these years. As we look back on a decade-worth of joy we are so glad. We gave her the name of Hope because we believe that even in the darkest days God's hope shines through - and gives us a reason for moving forward.

It was appropriate that we chose Ps. 23.1 for Asha this year - The Lord is my shepherd, I shall not be in want. The writer is not saying that there will never be problems - but that God will take care and look after him. That has been our experience as a family - and with Asha in particular. 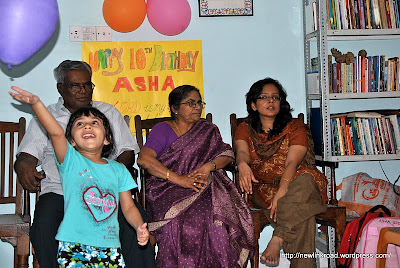 Having so many of our friends - young and old - together on this special day reminded us of the wonderful extended family God has blessed us with. We feel alone at times - and on occassion are prone to feeling sorry for ourselves - but just seeing the dear ones who came to be with us was such a blessing!

Along with Asha - I also sometimes wish we could celebrate her birthday more than just once a year!
Posted by Andi and Sheba Eicher at 19:40