5 pix on a train ride

As a kid one of my all time favourite things to do was to look outside a train window. We were blessed with a lot of travel in our growing-up years - and our adventurous parents took us around by various modes of transport - but for me trains had a special place.

There was nothing passive about looking out. You glued yourselves to the bars, craning to see the front (or back) of the train, watching the shadows jump forward and backward as the landscape wizzed by. Games were play - counting cows vs. buffaloes - going through the alphabets based on trackside signs - endless rounds of eye-spy-with-my-little-eye.

I actually remember some of the steam locos that still plied the rails in my early childhood. We would end up being nicely 'sooted' when by the end of the journey (actually well before the end).

So do cast your eyes on this bit of God's beautiful world - taken through the bars of a train window last month. Southern Jharkhand - somewhere between Ranchi and Rourkela. 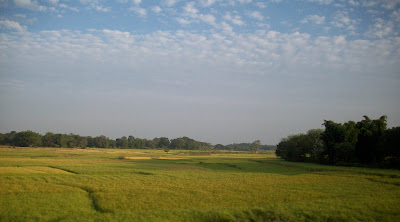 We were travelling as a family - heading back to Thane - and passed over an area where just 4 days prior a bomb had been placed under the rails. Our colleagues Dr. and Mrs. Pradhan had actually been in a train that crossed the bomb - but it did not explode and was found shortly afterward. When we pray for safety on travels - we really mean it! 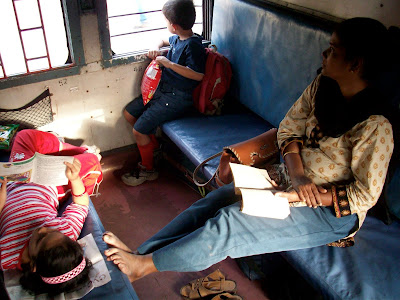 To have the evening sun shine in - to read a good book - or read the Good Book - and have the landscape whiz by outside - and then sip some chai and talk lazily - when do you ever get that other than in a train? 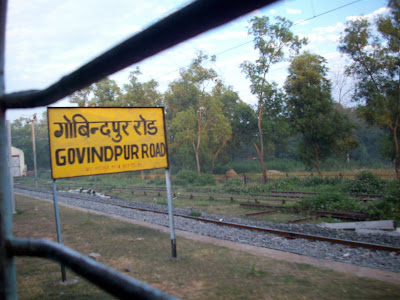 I am still amazed at the length and breath of our national rail system. So many tiny stations or crossings - manned by a single man waving a green flag - one of the 1.4 million railway employees. Think of that - 1.4 million - the population of Gabon, or Qatar, or Estonia. What lies beyond the houses or two that we see from the window as we pass these tiny places? Do the people living there have a choice to move away? 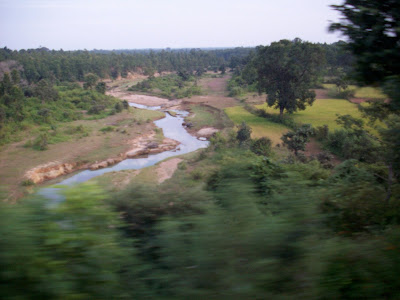 Though our forest cover seems to be shrinking in general (at least in urban areas) we still do have significant belts of forest land in Central, East and North-east India. Having the train rush through dry decidious forests was glorious. We are not talking about pristine wilderness - but about wild lands where people have lived in for generations.

And so we sign off with a look at the next generation window-gazer: 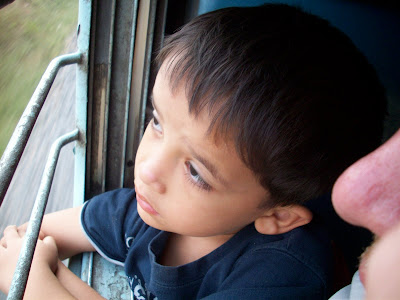 And no - that nose on the right of the picture is not an artificial red clown's nose - it belongs to yours truly and is doing its job quite well thank you!
Posted by Andi and Sheba Eicher at 23:11