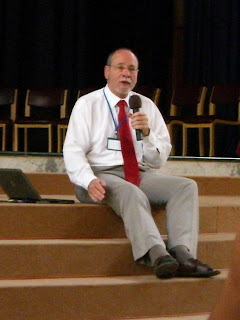 What a blessing to hear wisdom speak.

Chris was a key speaker at the EMFI national conference we attended early this month.

He started his series of sessions with a personal account of how he had just discovered that his anscetors in S. Africa were involved with slave transport and slave trading.

And that the slaves were from India.

He shared how much this had anguished him - esp. as he found out just before coming to India to speak at the conference - an engagement I found out later that Chris had made 2 years ago.

And then, without a big fanfare, he humbly asked forgiveness for the sins of his ancestors. No ifs and buts - a straight-forward anguished request for forgiveness. He kneeled down in front of the 300 odd delegates and prayed to God. And then asked someone to pray for him. Dr. Sam David ably did that.

We were then blessed to hear Chris share the heart of what it means to be a health care worker who places Christ first and foremost.

At the end of the time, Chris had another surprise for us. We had been debating ethical challenges in medicine - and had on the previous day talked about the issue of a mother finding out that her child is anencephalous (i.e. has been formed in the womb without a head). CMC Vellore it seems has thought through the issue and has agreed that abortions can be carried on on such children as they are deemed to be unviable (I may be mixing up the exact wordings - but that is the basic thrust of the matter).

Chris talked about a nephew of his called Arnoldus. He said that this nephew had been born and had died shortly after birth. Arnoldus was anencephalic. His mother - Chris's sister - was a trained nurse and knew of her son's condition. Against the advice of many in the medical fraternity, she had carried the child to term. She gave birth to her son - they gave him the name Arnoldus - she cared for him till he died. The family buried the body. They grieved and mourned.

But here it comes: Chris said that he is looking forward to meeting his nephew at the resurrection. Whole. Made in the new image that will last forever. He knows his sister did the right thing - and that Arnoldus appreciated his mother who did all she could for him. For them "medical termination of pregnancy" was firmly and lovingly rejected.

"You do not solve a tragedy - by willfully committing another one."

All of this - and so much else was told with such humility and grace. We got a glimpse of what a Christ-centered practice can be like. 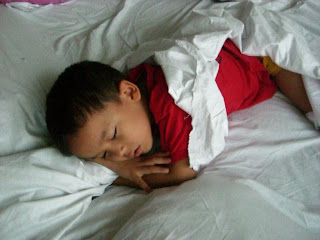