You are my god! 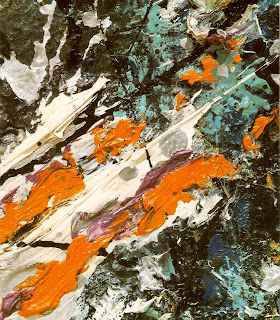 We met them through the phone.

He had called up an HIV helpline. They found out where he lived and realised that the Jeevan Sahara Kendra was close by. The helpline called us twice to find out if he had come for help. He finally did.
A young family broken by HIV. Lets call him Sailesh. Lets call her Vinita. Lets call their little daughter Arpita.
Sailesh works but has HIV. He has been on treatment. He has had diarrhoea constantly for months. His life is in deep depression. Vinita - his wife - has HIV too. She is devastated - and not just because she has the virus in her.
Sailesh's childless brother took Arpita away from them. "I don't want to touch you" he told them. Arpita is negative. "You will make her sick too. So we will look after her." The pain was terrible. The couple considered suicide. "They looked after her like a fairy" said Vinita, but what point in living?
Today Sailesh and Vinita met Sheba.
A different story. "You are my god" Sailesh told Sheba. His diarrhoea has stopped. A miracle - nothing less. They plucked up courage and went to his brother and got Arpita back home. A miracle. They have life in their eyes. And gratitude.
Sheba was quick to point out that she was in fact not his god. But that she had prayed to Jesus with them when they last met. A situation which seemed so hopeless - has now changed. All glory to the true and living God - who cares so much for each of His children.
We do not always have 'happy' stories like these to tell - but what a great privilege it is to serve our dear friends and be entrusted with the intimacies of their lives. And what a wonder when change is seen!
Posted by Andi and Sheba Eicher at 22:59