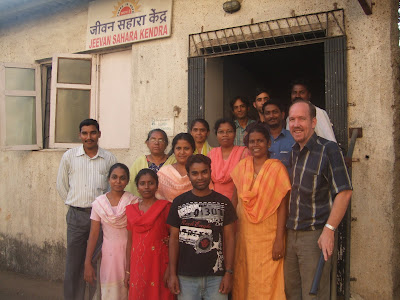 There was a time in my early teens when I used to love reading about the Second World War - especially about the daring deeds of spies and the resistance in Nazi-occupied France. An amazing book called A Man Called Intrepid tells of how the Allies worked to counter the Nazi spread through a variety of espionage and counter-intelligence methods including code-breaking and active planting of agents. The book also chronicles a generation of young people who were prepared to penetrate France by the Allied intelligence agencies - and how many of them died shortly after parachuting into enemy territory.

We are all looking for superheroes aren't we? Perfect people who can do anything. Looking back at those heroic days in the WWII, I now don't see so much the great break-throughs that thrilled me at the time - I am more taken by the many heroic failures - and the willingness people had to lay down their lives for the cause.

Take a look at the folks in the picture above. They are most of the JSK team (Dr. Adam was not in that morning) and represent our very modest set of folks who are shaking the world. For the most part we are all very ordinary, normal, mundane.

If we need superheroes to run things - well - we won't get them. The brilliant, the erudite, the charismatic, the all-rounders - they all stand out precisely because they are so rare. What hope is there for change if we have to wait for the exceptional to show up to bring it about?

God's plan has from the beginning been to use the weak, the limited, the sin-stained-by-redeemed. We fit that mould very well. We are focussed (most of the time) on the task at hand (thank God), but my do we ever squabble and pout over the silliest of reasons...

And all through this, amazingly, God is somehow able to use us to make an impact the sufferings that people with HIV/AIDS are going through.

This is the hope that we also hold out to others. Its not that we are some special people who are doing this work. Hardly. Its more that we are flawed people who are grinding through - and if God can use us and our motley crew - well then He can jolly well use anyone. Any church. Any set of His people who listen to Him and seek to please His heart (even if not successful so many atime).

Brothers, think of what you were when you were called. Not many of you were wise by human standards; not many were influential; not many were of noble birth. But God chose the foolish things of the world to shame the wise; God chose the weak things of the world to shame the strong. He chose the lowly things of this world and the despised things—and the things that are not—to nullify the things that are, so that no one may boast before him. It is because of him that you are in Christ Jesus, who has become for us wisdom from God—that is, our righteousness, holiness and redemption. I Cor. 1:26-30

Posted by Andi and Sheba Eicher at 20:52