A young man we will call Mani was admitted at our JSK Center Last month.  19 years old.  19 long years of HIV.  Infected at birth.  During his short life till then he had seen his parents die of HIV.  And his sister.

Mani was the last in his family.  All he had left was his grandfather.

Our colleagues from MSF asked us to admit him.  We did.  Sheba and our nurses worked hard.

Mani had Multi-drug Resistant Tuberculosis.  He was being treated by MSF but stopped taking his medications.  Then he got very sick.

We admitted him and started him on his medications again.  Mani was very sick - requiring oxygen and numerous medical interventions.  Sheba and the did ICU level work with Mani.  Sodium levels down?  Stabilise.  Potassium out of whack?  Put under control.   All the while trying as best as possible to love anc care for this young man.

Mani did not eat much.  His body was wasted.  Thin.  He said he would die soon.   His grandfather sat with him in the room - wearing a mask to try and keep Mani's MDR TB from infecting him too.

One evening a volunteer couple sat and talked with Mani.  "What would you like to eat?"

A board was brought from a near-by home.

And from then on Mani and his grandfather were at it.  Almost every waking hour had them playing chess. 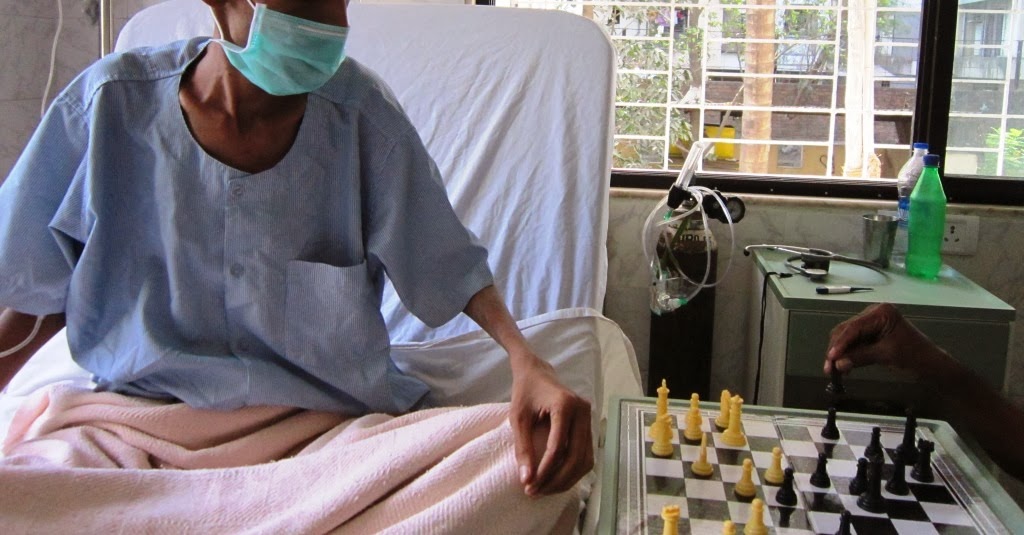 We worked hard with Mani.  Trying to get at the core of who he is.  But most of our efforts were rebuffed.  Mani had had hard knocks.  His coping mechanism was to be a rock, an island.  A place where no-one could touch him.  He was clearly afraid of death - but did not want to talk about it.

After a week, Mani did not improve as we hoped.  In consultation with our colleagues from MSF, Mani was shifted to another hospital for ICU care.

Last week we heard that Mani has died.

Our chess player is in eternity.

How much did his time with us help him?

We don't know.  There was very little to see on one hand.   Mani came sick.  He left sick.  He was cared for with a lot of love (and much courage for all who put themselves in the way of possible infection by him with MDRTB).  We did not see much response from Mani - he did not thank our nurses when he left.  But we could see the tears in his grand-father's eyes.

How do you measure impact into lives like Mani's?

Kudos to our staff who keep loving.  Prayers for our staff to keep on loving.  We wish we had met Mani earlier - at a different point in his life.  But in the end we are glad to have cared for him - even if it was for just a short time.  Even if it was just right at the end.

"Perfect love casts out fear."
Posted by Andi and Sheba Eicher at 17:54