We were driving the 'Papaya' (our orange Nano car) on a crisp clear Sunday morning to the home where we meet for worship when we saw a fire engine go by in the opposite direction.   "Must have been something" we mused.  Turning the corner just before the home we meet in, we saw another fire engine and some police vehicles.  Everything seemed quiet, so we carried on and climbed the three flights of steps to the beautiful home of Jolly and Suma where we meet each Sunday morning.

They told us that their morning anything but quiet.

The family had awoken to screams and saw smoke coming out of a near-by building.  Flames of fire could be seen and the fire engines rushed to try and help.

Sadly we understand that two elderly people were charred to death in the blaze.  There were a number of fire-engines who responded, but the fire-fighters ladders apparently only reached up to about the 10th floor. 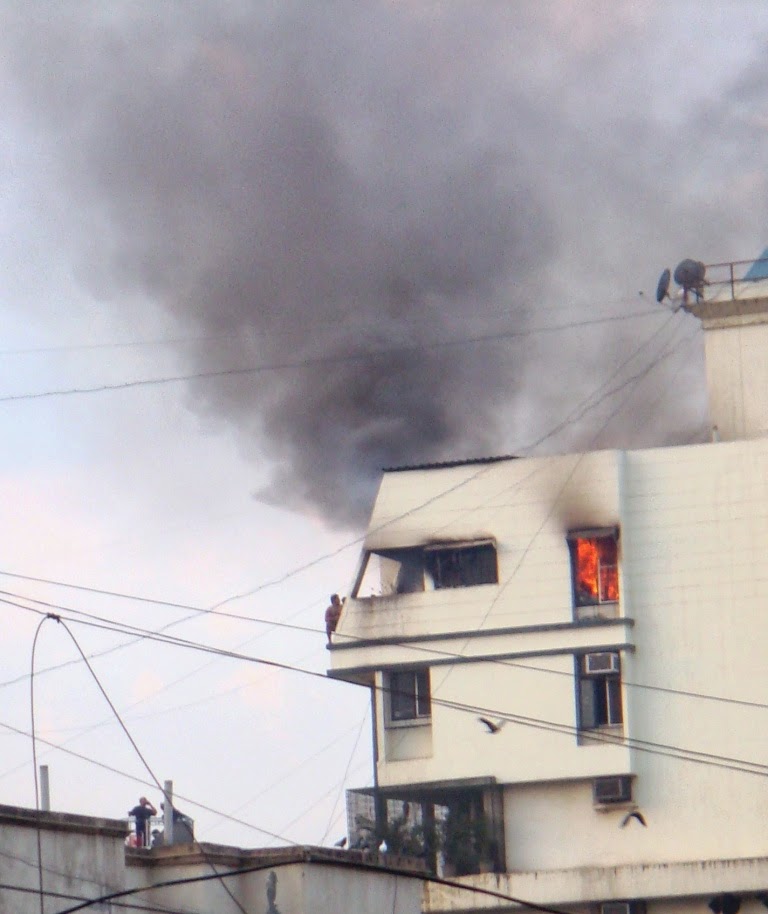 So a couple had save themselves by standing outside on the parapet of their 12th story home - till the fire inside could be controlled.  They suffered severe burns but were rescued eventually.

Our friends told us how horrible it was to see the whole scene unfold before their eyes and feel so helpless as the people were stranded on the very edge, and the ladders were just not able to reach them.

How close any of us are to disaster.

Would anyone in that upscale building ever think that the next morning a tragedy would happen in their own 'safe and secure' building?  Would anyone imagine that the best fire equipment would only reach the 10th floor?  What about the many 27 story high-rises that are mushrooming up around our city?

How brief our candle burns.

Are we ready for tomorrow?  Have we set things in order?

Are their people we need to ask forgiveness of?  Are their others who we refuse to forgive, holding onto our bitterness?

Are we right with God?  Looking forward to meeting Him?

The silhouette in the photo below could be you, or me... standing on the edge while the flames leap up blocking our way out... 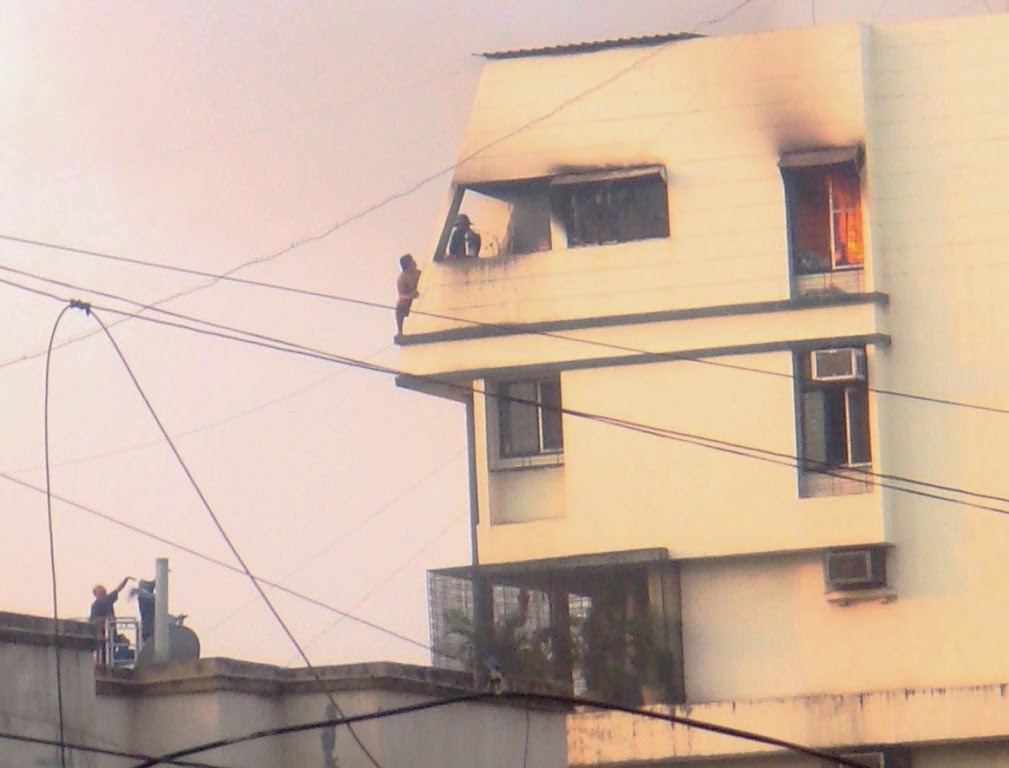 Please do not delay.  Listen to what the Lord has told you.  Don't put off till tomorrow what must be done today.

I include myself in this challenge.  There are many areas of my life that I would say are still undone, were a fire to sweep through and burn everything up.

Help me Lord, to live as you wish me to. 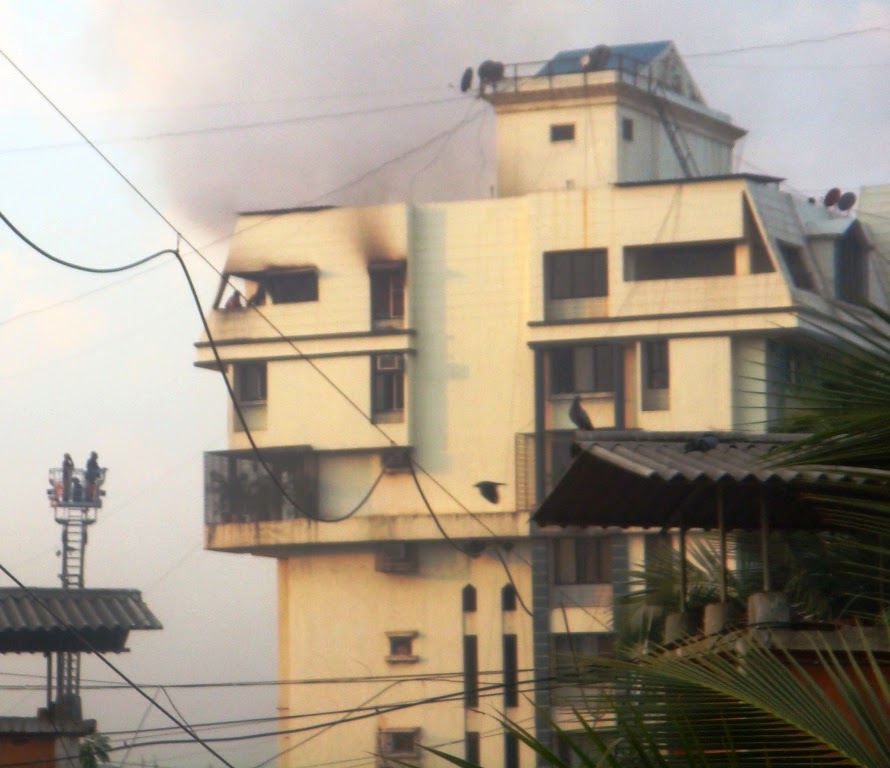 It is not by accident that the topic I share on that Sunday morning was the marvelous work of God on the day of Pentecost - 50 days after Christ rose from the dead.

All those praying and waiting on God heard the noise like a mighty wind (though no hurricane took the roof off the upper room), and saw fire come down and divide into what looked like individual flames and rest on each person present.  And all were filled with the Holy Spirit.

The fire of God's presence - the purifying, awe-some, powerful force of God Himself, was now not devouring the 'new and living sacrifices', but filling them - and by extension all who call on His name - with His very presence and character.

As we cried out to God on behalf of the bereaved family from the near-by apartment building, and as we sought His favour and comfort for the man and woman who were injured by the fire, we also as a church sought God's altogether difference fire to fall on us afresh.  The power of fire and the destruction a stark reminder of why God chose fire as a way of revealing Himself to us.  But also the new way of living that we now have knowing that a different kind of fire has come upon His new body, us who call on the name of Jesus and are brought into the new family of the Church.