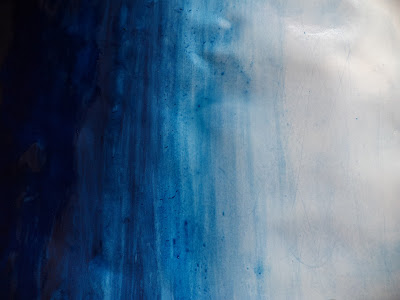 Yesterday was Sunday.  And we talked in our house-fellowship about the challenge of seeing injustice all around us.  About how our hearts bleed when evil seems so dominant and pervasive.  But also about how this has been true across the ages.

The Hebrew prophet Habakkuk writing in the late 7th century BC cries out to God saying:

Why do you make me look at injustice?
Why do you tolerate wrongdoing?
Destruction and violence are before me;
there is strife, and conflict abounds.
Therefore the law is paralyzed,
and justice never prevails.
The wicked hem in the righteous,
so that justice is perverted.          [Hab. 1.3-4]

Doesn't that sound like a complete description of India in 2013?  Well it was also true of a pre-industrial small Judaen Kingdom which was being overrun by the first hordes of Babylon.  We still have the very same sorts of people around us.

But the sweep of history does not stop at injustice - it also includes God's call to persevere: the righteous person will live by his faithfulness and a real promise that one day the earth will be filled with the knowledge of the Glory of the Lord.

Its this hope that allows Habakkuk to state that though the fig tree does not blossom and all else fails still I will rejoice in the Lord.

Habakkuk is no escapist.  He is a realist who sees the destruction around him - who cries out to God - and who anchors himself in real hope.  In real joy amidst the smashing.

We made a small step ourselves yesterday afternoon.

After having lunch together as a church, some of us stayed on for prayer.  And action.

We split up into small groups and visited different people in their homes.

Sheba, Sunita and I went to meet a woman we will call Laila.

Laila lives 'on the pipeline.'

I had never been there before.  It is a triple row of slum shacks that are built literally on top of the pipeline that brings water from distant reservouirs into Mumbai city.  One of those 'open spaces' that shantytowns cropped up on.

Laila was in a 'room' that was 6 ft wide and 15 ft long.  One side was a raw brick wall.  The other side had poles with tin sheets and pieces of packing paper for a wall.  The sound of advertisements from the TV blaring next door poured through the narrow wall.  The 'owner' of the shack obviously subdivided it to earn a bit more.

We had gone to Laila because a lady from another church had brought her and her daughter to us for TB treatment some months prior.  We tested them both for HIV and they are blessedly negative.  But the TB was real and took time to treat.  Lailas early teen daughter Shiney (another pseudonym of course) has a big TB nodal growth on the side of her neck which Shiney covers by keeping her long hair draped over it.

But both have taken their meds and are doing so much better.

Laila asked Sheba to help out with her son.

We came into the shack and saw him on the bed.

Or rather saw his head.

A big head, wrapped around with blankets.  Being fed.

Where was the body?  It is there - but small and shrivelled.  As Sheba parted the bed clothes - while talking gently to Harish we saw his twisted legs.  His painfully thin chest.  He is 5 years old and looks like a 2 year old body - other than the big head.

When Harish was 2 years old he had TB meningitis.  A tubercular infection of the brain.  His mother and father didn't know what to do.

Since then he has been bed-ridden.  His development has virtually halted.  He looks around with vacant eyes.  Cries quietly and is lovingly fed by his mother or his sister Shiney.  There are 2 other children too.  The youngest is a boy of 2 years old.  Laila looks at her youngest son and says that one day Harish was also just like that.  The other girl is out playing.  Laila's husband - whose name is written in English on a name plate on the door is away at work.

We look at the boy.  We look at the narrow little 'home' where 6 people (that we know of) live.  We see the sadness in Laila's eyes.  Harish moans again.  His sister rubs his hair.  The head looks around.  The TV blares from across the paper thin wall.

It all seems so hopeless. So wrong.  So crazy.

To have a family living like this.  To go through such suffering with no apparent end in sight.

After talking for some time, we open the Bible.  I talk about the man whose son was repeatedly thrown into fire and water by a demonic spirit.  He comes to Jesus and pleads with him for help - if he can.  Jesus replies:  If I can?  All things are possible to him who believes.  The father immediately shouts - "I believe - help my unbelief!"

That was our prayer in that dark little room.

We believe, help our unbelief.

We know that change is coming.  Help us not to doubt.  Help us to hold strong to what needs to be done.  Help us to speak truth and courage into this noble woman and her dear children.  Help us to step forward - not ignoring the circumstances - but also not being overwhelmed and crushed by the sheer magnitude of suffering.

We talked while walking back across a dusty field where rowdy young men were playing cricket in the setting sun.

Sheba said that when this family had first been met, the boy was lying on the floor, covered with flies and sores.  Harish was being cared for lovingly now by the family.  He wanted food and cried when he did not get it.... a sign that he wants to live and grow.   Laila and Shiney both go for prayers at a lively church.  Change is not complete - far from it - but the first signs are there.   Oh that we will see the fruits of change and love take root in this family.  And that they will be a blessing to others around them.

Weeping may endure for a night,
but joy comes in the morning.

Posted by Andi and Sheba Eicher at 23:20