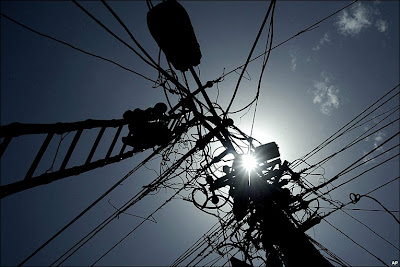 We got to know him about 4 years ago. It was a horrible way to get to know each other.

He and his wife were trying to have a child. Months had passed by without "an issue" as folks here sometimes put it. She and he had been checked up medically - and the verdict was that he needed to have an operation.

He did. Or at least he tried to. The man - lets call him Tahir - was admitted at a private hospital for the operation and put under anaesthesia. Then the surgeon did an HIV test. It was positive for HIV. The surgeon refused to do the operation and told Tahir that he was HIV positive.

Tahir was crushed. He and his father - who runs a small grocery shop in a near by shanty-town - were in tears when they came to us.

Tahir calmed down over the next few weeks.

But then he slipped into denial. He refused to tell his wife. He became surly and upset whenever our staff tried to meet him. Eventually he became hostile and said: "I'm ok. When I need you I will call you."

Earlier this year Tahir showed up again. He was not well but refused to admit it. He had been running a fever of 103 Farenheit but said that he was fine. His father was still with him. A shriveled little man.

Tahir has since had a child. He still did not come clean about his HIV condition to his wife.

Last week I heard from Tahir's neighbour that Tahir had been sick and gone back to his village. Far away near the town of Gorakhpur - on the border of Nepal.

Tahir won't be coming back. He is dead.

His wife has their child with her. Will she ever even be told about what killed her husband?

Another end game. Another silent death.

Life goes on in the city as we wait for the rains on a sultry late June night. But far away, the lives of a family have been irrevocably changed.

All for fear and pride. Melded together in an inseparable alloy.

Tahir could have been helped so much if he would have come clean about his condition. So many of our friends with HIV have told the truth to their loved ones - and are alive today. We
are seeing more and more live longer and longer.

But each journey of treatment has to start with the truth.
Posted by Andi and Sheba Eicher at 21:24