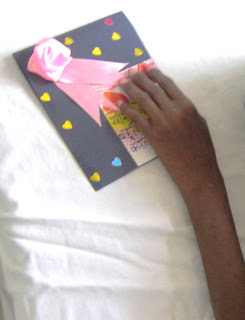 When Kim came to Jeevan Sahara in 3rd week of May, he was fighting for life.  Again.

At the age of 14, he only weighed 14 kgs.  He was dying.  A painfully thin orphan boy, who had stopped taking his ART medicines and stopped eating.  Who cried as he pleaded with our staff to be admitted back at Jeevan Sahara where he had been twice admitted before.

We brought him back, but none of his relatives were willing to come here.  And so Kim was admitted with very slim hopes that he would survive.  Hopes almost as slim as his emaciated arms.

We have seen a miracle take place over the past 2 months.

Kim has come back to life.  His empty listless eyes are sparkling.  He has gained 7 kgs.  Kim is still very, very thin, but he is not battling for life at this point.  He has turned a corner.  The love and prayer and love and prayers and love and care that our nurses and other staff have given Kim have brought him back to the land of the living.

We now have the challenge of seeing what the next step will be.

One this is sure.  Kim is not going back to his relatives.  His maternal uncle kept Kim in a small shed and sent food to him.  He claims that they wanted Kim in their home, but Kim refused and wanted to live in the shed.

Whatever the truth of that absurd story may be - we know that if Kim goes back, we will never see him again.  We have had toxic families before - and we don't want to lose this boy.

So we have been looking around for other options.  None of the HIV care centres / orphanages that we know of in the locality are willing to take a 14 year old boy.  Most take kids below 6 years old.

At Jeevan Sahara we are not licensed to be a children's rehabilitation home (does anyone want to join us to do something like this?).   So we have looked further afield - and have found our dear friends at ACCEPT in Bangalore ready to take care of Kim.   We have a family who loves Kim and has been praying for him and will be helping out financially.  How we wish a family would come forward to foster and/or adopt him.  Let us see what the future holds!

So over the past 2 weeks our staff of Mahesh and Vikas have worked to get Kim's papers in order, to get his uncle to agree to come along with Kim to Bangalore, gone through painful rounds of negotiation with the uncle to get him to sign off a legal document stating that he is handing over Kim to ACCEPT for care.  Our staff have also gone to the govt. hospital and got a transfer of Kim's second-line ART treatment.

It was all the more difficult to do as Kim's uncle lives 2.5 hours away and is not the most friendly man.   But our staff prayed and persevered.  To have Kim's uncle's signature on an affidavit this afternoon has been a huge break-through!  We even had to put a very clear statement to this man we would not allow him and the other family members to once again abdicate responsibility.  Not going along with us may have invited  some form of investigation into their appalling neglect of this boy.

We have booked and cancelled one set of train tickets already - and now have a second waiting for a week from today.  On the 20th of July, Kim, Vikas and Kim's uncle are taking the train to Bangalore.

So this may be the last week Kim is with us for the forseeable future.  Last night at the gospel meeting in the JSK hall I was praying with Kim and Yohan and Abhishek afterwards.   Kim said that he wanted us to pray that when he grows up, he will meet his best friend again: Yohan.

What does the future hold this young man?

We are amazed that Kim is still alive.   Thanks for all who have been praying for Kim.   He is a living, walking testimony of grace.

Would that one day he will be able to go to his relatives and tell them how he forgives them for what they have done to him.

We want to see Kim be a blessing.  To touch the lives of others.   In a small way, he already has.
Posted by Andi and Sheba Eicher at 18:11