Ten years ago when we started working with people living with HIV in Thane we did not know of a single HIV positive person who was attending a local church.  Today we know of many.  Almost every local church that has some life in it has at least one if not more members who are HIV positive.

Not every church is at a point where people with HIV are openly speaking about their status.  But some are.

This Sunday we travelled to the other side of the city to participate in a Sunday morning worship of the Harvest of Grace Fellowship.  They have been involved with reaching out to people with HIV for a number of years through Nelson and Pamella DeSouza and their 'Asha' project.  We were in a main meeting hall of a school - worship was lively with plenty of dancing.

Then it was our turn to share.  The church has been deeply touched to reach out to the poor this year.  We talked about how Jesus touched the man suffering from leprosy.  How he was moved with compassion.  How he brought about complete healing.  How he publicly showed his love.

Then our friends Ram and Sheela stood up.  They worship with a church here in Thane.  Ram told his story of discovering Christ while he was brought to the doorstep of death by his HIV.  He talked about how he was able to overcome addiction and brokeness in his home through the love of Christ.  He shared about the tremendous joy of finding out that his children did not have HIV.  Sheela stood up and prayed, thanking God for helping her and her husband find Him.  Ram ended by saying that he was thankful that he is living with HIV because through the suffering he had met the living God.

We still have a long way to go - but hats off to the amazing courage of our dear friends.  We are so touched to see real changes taking place in people's lives.

After the service we drank coffee and talked.  Nelson introduced us to a group of Positive Friends who are helping at the government ART centre.  They were so happy with the church service they attended - as we had shared about how the church needs to come alongside and help people with HIV take their medications.  "A number of people who go to church stop their medications" our new friends told us "because their churches teach them that they have been healed." 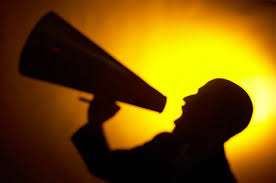 The message that AIDS = Death has spread far and wide.  Its time now for people to stand up and tell a different tale.  We need men and women like Ram and Sheela who are able to tell the world what their experience is like.  For all of us to be cut to the heart about the real needs - and the real opportunities for change.

We are blessed that India is a largely low-prevalence country with regards to HIV.  The US has a higher prevalence of HIV than we do.  But the suffering that those who do have the illness is colossal.  And the sheer numbers are greater.  HIV continues to be a hidden catastrophe - where families affected largely suffer in silence.

Statistics - as poignant as they may be - will rarely change hearts.  But a courageous voice can.  We want to see so many more people with HIV telling their story.  Challenging all of us to change.  And including all of us in the celebration of lives that are being shaped for glory!