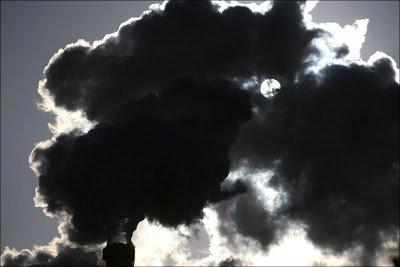 We have been counselling and testing people for HIV for the past year now. The numbers of people coming has been slim - and we suspect it is because most people don't know that Jeevan Sahara has the services available.

So around World AIDS Day we did a small publicity campaign. We put up stickers in auto-rickshaws and gave our small pink pamphlets telling that we have HIV counselling and testing available.

Niraj (not his real name of course) saw one of these pamphlets in a friends house. Niraj works in the nearby city of Bhiwandi - and has lost his father 4 years ago to HIV. He had just gotten news that his mother - living near the Nepal border in Gorakhpur district - was very sick. He also heard that she was testing for HIV and was found positive. Niraj kept the news to himself.

When Niraj saw the pamphlet with something about HIV on it in his friends house - he waited till the friend left the room - and stole it.

Looking at it later, he found the Jeevan Sahara Kendra address and came to talk.

Sheba tried to help Niraj and suggested taking his mother to Gorakhpur to the government hospital there. Niraj was horrified. "No! They will kill her!" he sobbed. Somehow this young man was totally convinced that the govt. hospitals kill people intentionally. Where this fear came from, whether it was a general fear or only limited to people with HIV, we could find out only very little. But the fear was real. It may seem irrational, but this is what this young man went through.

At the next visit, Niraj repeated his plea. He had just heard that his mother was bedridden now and he was preparing to go. He agreed to take her to the govt. hospital. "Madam, I will give you a call from when we meet the big doctor - please tell him not to kill my mother" Niraj entreated Sheba ,"she is all I have." But the next day he reversed his decision and asked for medicines that he could give her to get her a bit better - and then he would bring her to Mumbai.

We were due to meet him again. Niraj was sitting at Jeevan Sahara Kendra, waiting for his turn to see Sheba, when his phone rang. A call from home. His mother had died.

Niraj was broken. His worst fears had come true.

The big city has many, many stories of grief - puddles of them that spill sloppily between the rush of tyres on road.
Posted by Andi and Sheba Eicher at 15:03