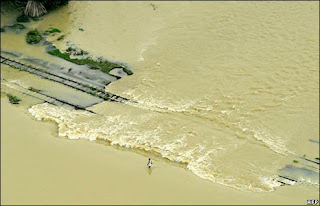 Sorry things are a bit glum on this on-line diary these days.

But that's the way the world we live in is.

Up North, in the fabled state of Bihar (or at least the rump that is left after Jharkhand got its own statehood a few years ago) we have the yearly tragedy of the floods.

The Kosi river is known as a river of sorrow as it floods almost every year. But this year is different. It has flooded in a totally new set of places, and the misery is immense.

EHA runs a brave hospital in the town of Madhepura where some of the worst flooding has taken place. The hospital has had to stop functioning for some time bec 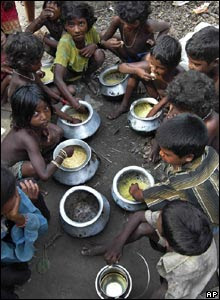 ause everything is under water.

Who to help? How to help?

The politics of flood-relief is huge.

There is a whole vulture-class of contractors and politicians who divide up the spoils - huge funds sent from the centre end up lining the pockets of the rich patrons.

The human spirit makes can make mockery of the beauty of this earth.

Bihar - with its thousands of years of culture and learning - has little to show that dazzles today. Known as the basket-case state of our country - we find hard-working Biharis all over the land - looking for a better future than what is available in their native soil. 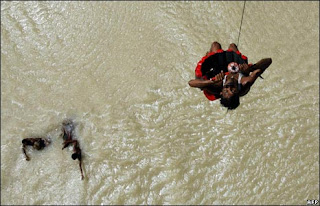 While not everyone has the privilege of being airlifted out by helicopter like the man on the right - we do pray that the various efforts - by the government, armed forces, parts of civil society will save the many who are on the brink of death.

As many others return to their sodden homes, our prayers go out for them.

Would that we would hear good news from Bihar, that the wonderful folks would be able to live up to their rich heritage and their spunk and joy of life.

Our flamboyant railway minister - Sri Lalu Prasad Yadav - was ironically elected from the Madhepura constituency (as well as another one) to current Parliament. He remains charismatic in his appeal - carefully keeping a rustic sheen to all his actions - while at the same time being a shrewd operator and holding on to the railway ministry.

We look forward to a new Bihar. One with rivers of joy rather than sorrow. Can you hear the mountains tremble...
Posted by Andi and Sheba Eicher at 00:57