We admitted a dear friend of ours yesterday morning to the JSK Community Care Centre.  We will call her Indu.

Indu is HIV positive - as is her husband - and one child.  She has grown in God and is a blessing to others.  Late last year she took in an HIV positive teen-aged mother and her infant child into her home for some months. 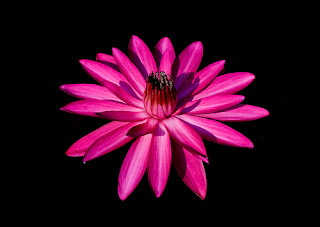 Yesterday Indu came with pneumonia in both lungs. Her fever was high - over 102 F.  She was very sick.  For a person with HIV any illness can be the final one.  You just have to go around the bend and its the end.

Sheba went over last night after we came back from the Bible study.  She told me to pray when she returned, saying that Indu was still ill.

This morning the fever had gone.  Indu seems to be turning a corner.  We are so grateful to God.

It has not been easy for Indu - but she has taken courage and told her local church about her status.  We are proud of her courage.

In addition, Indu has brought others to JSK whom she met at the government ART centre.  She has been blessed and is a blessing to others.

Mohan (name changed of course) is the brother of a local policeman.  Mohan lives in another city in Maharasthra and has had HIV for some years now.  He is also addicted to alcohol.  His brother brought him to us some months ago.  We counselled him and told Mohan to start his Anti-Retroviral Therapy (ART) from his local govt. hospital.

Mohan refused.  He did not want others to know.  He insisted that he would stay with his brother here in Thane and that we should start.  We do not force anyone.  The choice is with the person living with HIV and their family members.  Since Mohan and his brother insisted on starting the medication here, we did the basic teaching on ART and reluctantly started. 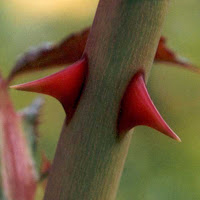 Sadly our fears were well founded.  Mohan did not leave the bottle.  He left his ART medicines and went back to the town he came from.

Last week his policeman brother came to meet us.  Mohan has been very sick.  What should he do?  We told him to get him treated at a local hospital and ART centre.  The brother refused.

So we agreed to have Mohan come here - provided his brother would take responsibility for his treatment.  Mohan came.  He is very sick.  We wanted to admit him at the JSK centre immediately.  His brother had agreed to this before - in fact had requested it.  We urged admission.

But Mohan says 'no.'

He says that his brother lives just around the corner and that he will come for treatment, but does not want to be admitted.  He claims to have been sober for 2 months now.  We suspect that the bottle is still too dear for Mohan.

Its unlikely that Mohan will survive long.

Its a tragedy when resources are available and people continue in self-destructive choices.
Posted by Andi and Sheba Eicher at 21:23