Out on the streets

At Jeevan Sahara Kendra we deal with many people who have HIV.

People's lives which are so devastated by the disease and the suffering linked with it.

How often we wish our Positive Friends could have prevented the disease instead of getting it.

By God's grace India remains relatively low in its HIV prevalence (the US has a higher rate per population than we do - at least if you believe both governments...).  But we do not want to pat ourselves on the back. There are still too many new infections taking place.

Today 32 young people are out on the streets of Thane to try and stop the spread.

We have structured today's Youth Against AIDS Day of Outreach and Service - as a time when young people will get the word out about HIV prevention and testing.

This morning we gathered at JSK to set the stage.

Our JSK Staff demostrated the street play that the young people will be performing across Thane. 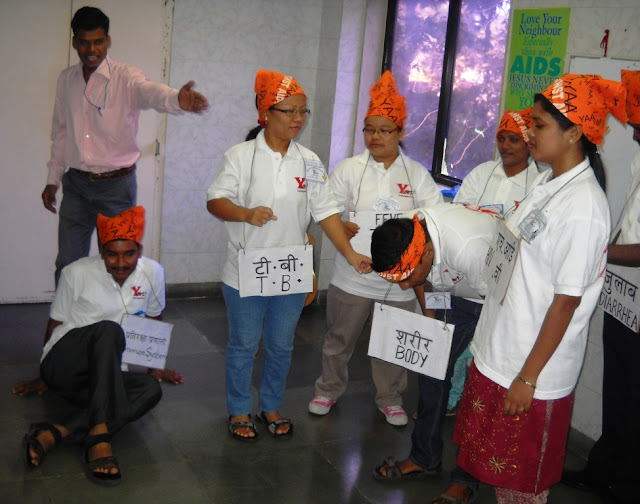 We then split into 5 groups and practiced it on the grounds of the JSK. 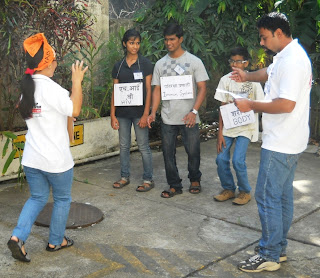 Its a small step forward.  Putting our young people in a role of communicating a life-and-death message.

Something that most of u

The skit is simple.  It shows our immune system as a guard who effortlessly keeps diseases like fevers, diarrhoeas, pneumonias and TB away from the body.  But one night after the body went to a prostitute - a new disease has entered - HIV - which gradually erodes the power of the immune system.  As they fight it out the immune system weakens and the body is now open to the attacks of the other diseases around it.

The pitch at the end is to protect - but we are not just interested in people knowing some facts.  We want people to actually get tested.  After the street play is over - the participants will give out pamphlets about our testing centre here - and talk with the people on the street about HIV.

Why testing?  Because when a person gets tested for HIV they find out the truth.  They see what their condition really is.  If they are HIV positive, then we can immediately start treatment.  If they are negative - then they have a new life ahead of them.  A chance to change their behaviour.  A chance to live in a different way.

As I type this - our 5 teams have fanned out to different parts of the city.    We gathered around a large map of Thane and dedicated ourselves to helping others prevent HIV.

Its a new start.  We hope that we will have people come here for testing.  Today.  Or some other day.  But we trust that our work of getting the word out will touch lives and bear fruit.  In changed lives.

Our youth are out on the streets.  Doing something that will last. 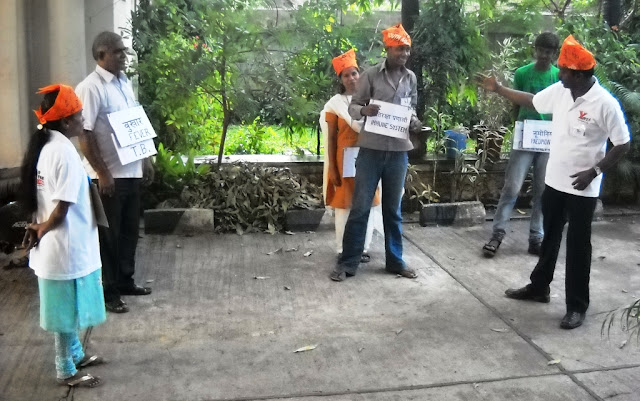 Posted by Andi and Sheba Eicher at 12:02