We fell out of the sky and into Kolkata last weekend. 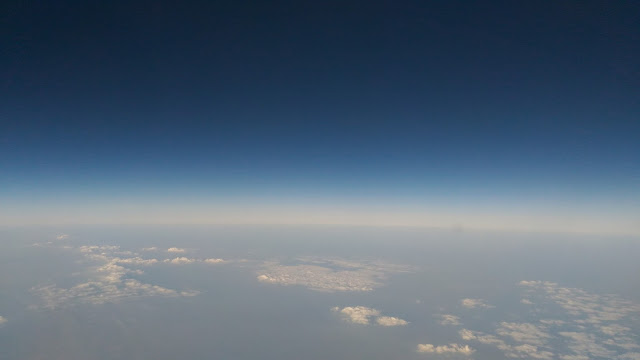 The contrast between the celestial and the terrestrial was pretty stark. 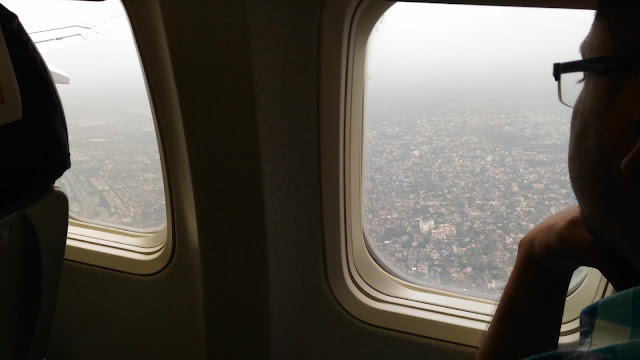 The sight of a city from above is always a delight - and as you swoop down you start seeing the its-bitsy vehicles moving like so many ants, the houses become more than tiny little fairy boxes, and then you come lower and see individuals flitting by and the earth rises up to meet you.

Once out of the airport we get into living history - the yellow ambassadors which still ply the streets of old (and new) Kolkata. 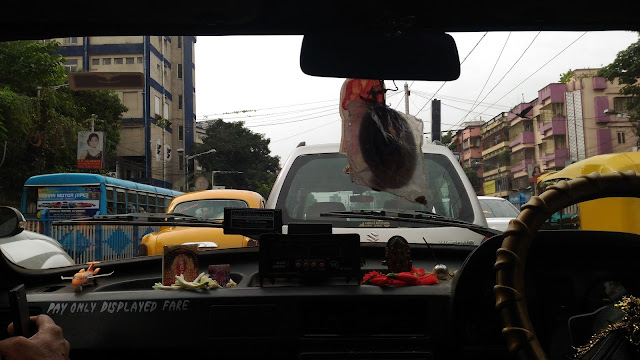 My memories of Kolkata as the rickety city seem to still be true.

The busses look like they have been around the world and back.  We pass 2 trams stuck while workmen do something on the overhead electric lines. 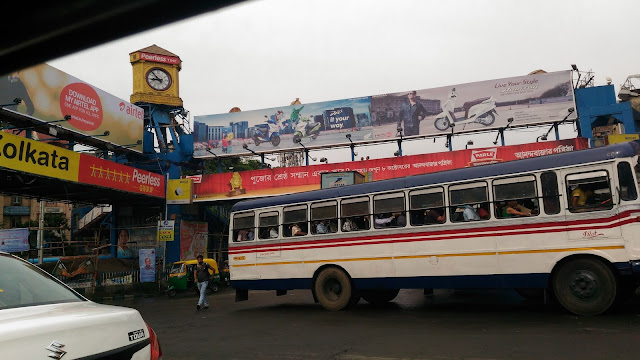 Sheba, Enoch and I are in Cal for a few days as part of a conference.  Most of the time we are in the Seva Kendra premises where Christ-following medicos from India, Bangladesh, Nepal, Sri Lanka... and Myanmar are meeting up (our Pakistani friends wanted to come, but the current political scene is not conducive of them making the hop over). 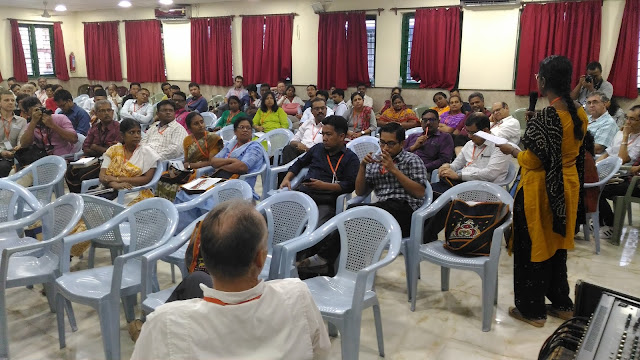 We didn't plan on sight-seeing, but end up with a quick peek at the Victoria Memorial (more on this in the next post), 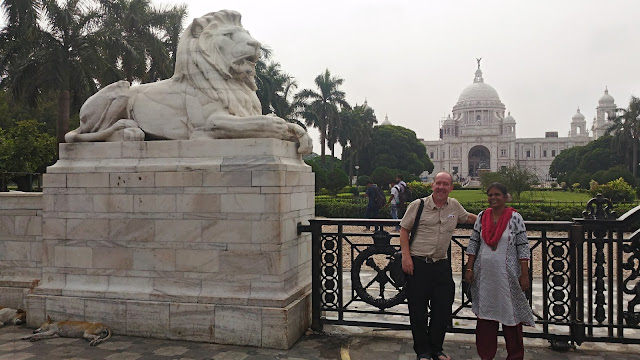 Life on the streets of Cal continues to amaze.

The normal amongst the decaying.  Every little bit of land in use, at the same time, much of the old in genteel disintegration. 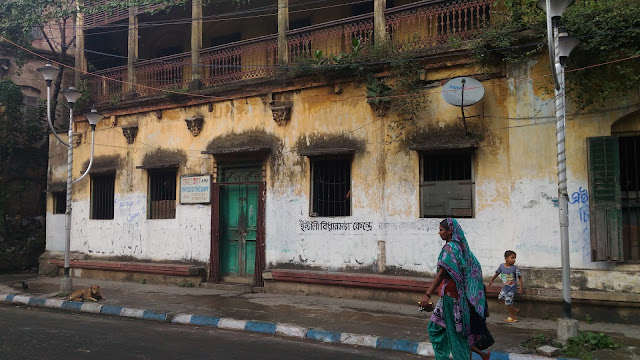 The thong of my chappal broke.  All I needed was to step 15 meters out of the Seva Kendra premises - and there was my man.   I watched a neighbouring barber ply his trade as the cobbler worked on my chappal - while talking to a young man who had dreams of emigrating to Canada. 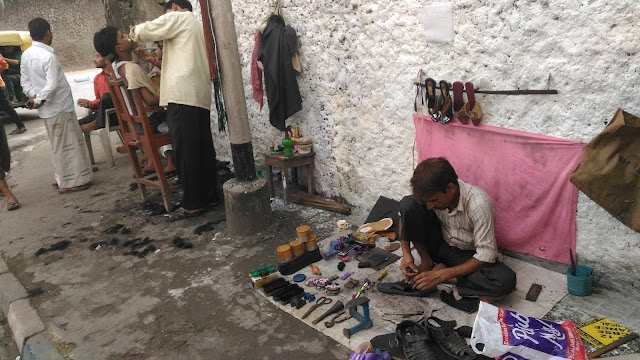 Post monsoon showers were with us and had cooled the city down a bit. 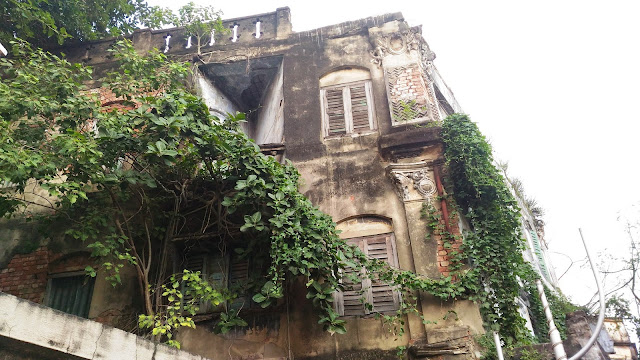 I had also expected to see more of Mother Theresa around.   The 'Mother House' itself did have a small library and exhibition area, but all so very modest.  We did pass this shrine in a by-lane of Cal, celebrating the declaring that Mother Theresa is officially a saint now... 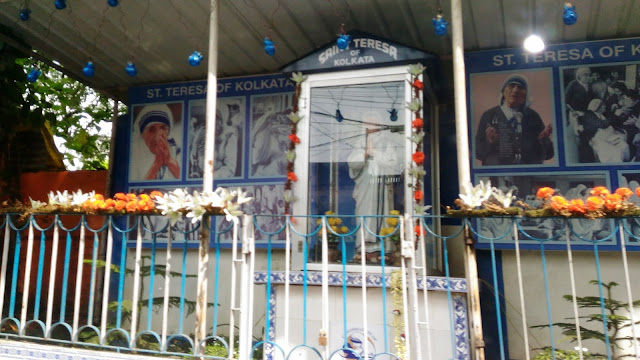 Enoch wanted to see a tram.  We saw lots of tracks, but few trams plying.  I was shocked to see that there are still some human-pulled Rickshaws around.   All those years of Marxism hasn't removed this misery... and the current govt's "poriborton' (change) does not seem to have touched many parts of the city (other than the now ubiquitous 'blue' on most public utilities.

The long shadow of the British remains.  I am amused to see street after street bearing their original colonial names.  The rest of our nation has happily renamed them at whim and fancy, but in old Cal they keep the hoary past marching forward.

And as we came close to Howrah, we look up to see these gems from the days of the John company... 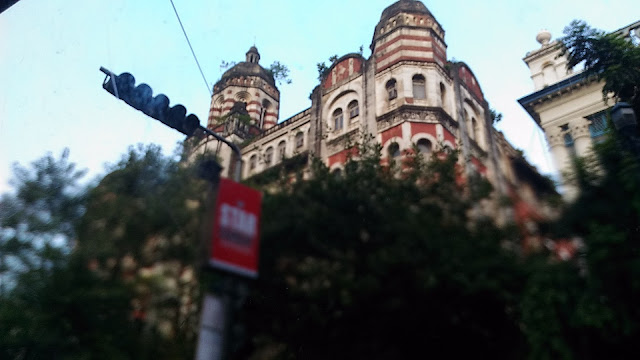 All very propah of course, but down on the streets the Bengalis do what Bengalis in Kolkata do... they celebrate in a big way, with the local 'youth clubs' making sure every one knows what festival it is (and collecting money from the locals to finance the decorations and other sundry expenses). 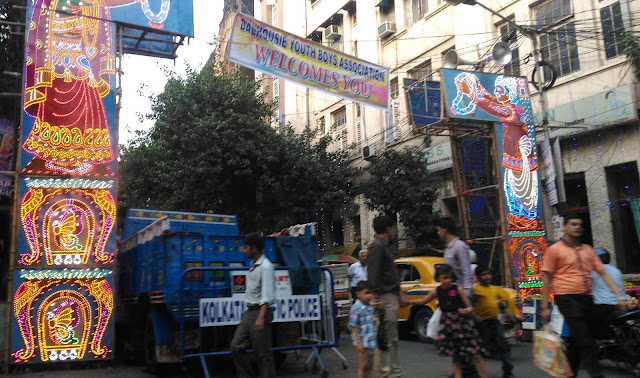 We are on our way out, having dropped Sheba at the airport to Chennai (and then on to a week at Vellore), while Enoch and I were heading to Howrah station to catch the Chambal Express.

Who isn't impressed by the mass of steel above our heads as we cross the Hoogly river? 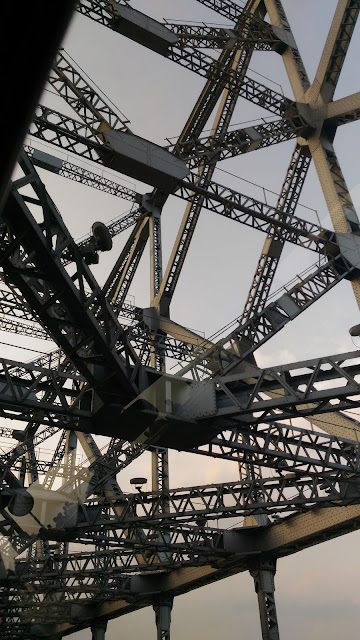 And along with us, escorting us on our way out of old Kolkata, are the rickety busses again. 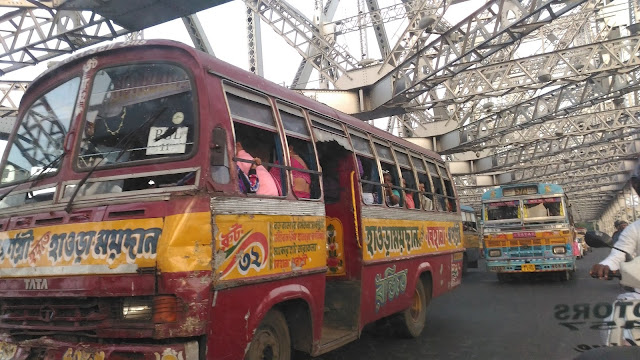 We get to the station 1.5 hours early.  Plenty of time for a masala dosa and a visit to Wheelers Bookstall to load ourselves down with various newspapers and magazines for the trip.

Before we know it, the train has whisked us back to central India, to scenes outside our window like this:

Kolkata is now a distant dream.  Did we even go there?  It all seems Rip-Van-Winkelish here.

What a city.  If I had grown up in it I would have loved it.  But Mumbai was my childhood city and so my sentiments flow freer for that paradoxical place.

Adieu Kolkata, till our paths take us back to you.
Posted by Andi and Sheba Eicher at 01:15