Sheba came to the Jeevan Sahara Care Centre late in the night to do a night round with the man admitted there.

He was brought to us in a terrible condition.  Extensive tuberculosis damage to his lungs.  A long history of schizophrenia.  Semi-conscious.  All-round sick.

When Sheba entered his room this is what she saw: 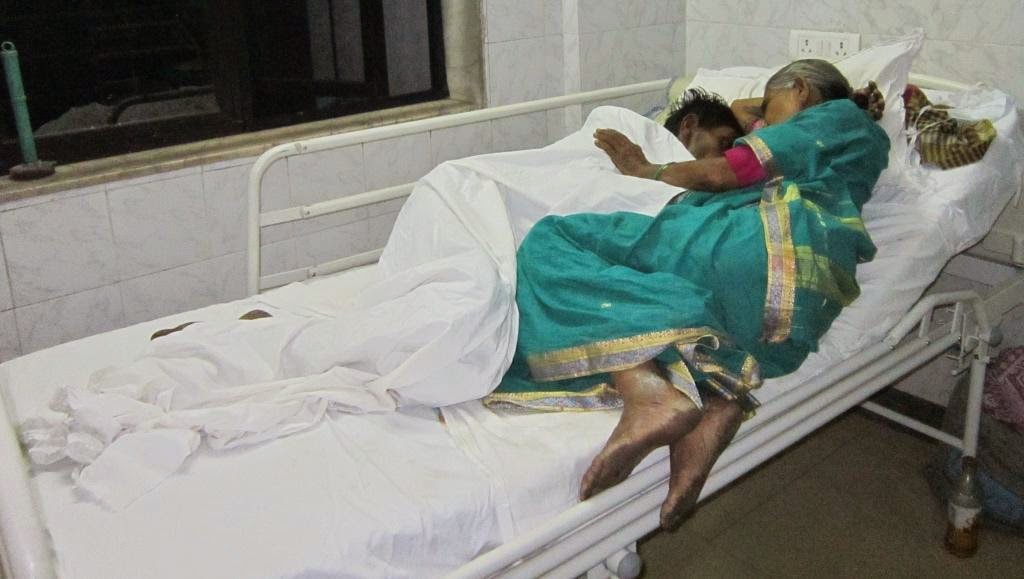 The sick man's aged mother was lying in his bed.  Sleeping with him.  Her head close to his often coughing face. Her hand on his shoulder.

When Sheba asked her why she did that, her response was that her son was scared.

What love this mother has.

Undeserved and unreserved love.  Love in action.  Love in deed.

Love given to a son who has lived such a shambles of a life.  To whom life itself is an open question.

We are deeply privileged to be able to facilitate this man's recovery.  Our hope is that he will be healed in body, mind and spirit - and be able to thank his dear mother for the love she has poured into him.  And for him to be a blessing to others too.

In the mean time, he fights for life - and his mother loves him.
Posted by Andi and Sheba Eicher at 17:13