A hospital far, far away

The location - deep in our forgotten India - far away from any 'India Shining' lustre.

In the rain-fed and drought-prone district of Palamu, jammed up in the north-western corner of the tribal state of Jharkhand ('forest land') this hospital has been the site of healing and service for almost 50 years now. 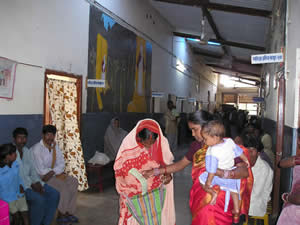 Patients come from the nearby villages. Patients come from over a day's trip away. The challenges are many, but the miracle that the hospital still exists in the harsh conditions it has to operates overules that. 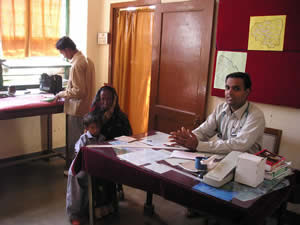 Amazingly, the hospital has become a beacon of hope for people with Tuberculosis.

Though for many years people had been coming for TB treatment at NJH, a study in the late 90s showed that only 17% of the 700 odd patients who were annually started on treatment at Nav Jivan actually completed the treatment. You can imagine what was going on at govt. hospitals if this was the rate at a dedicated mission hospital. 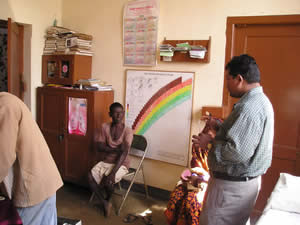 Some drastic changes in 2000 led to a jump to over 70% completing their treatment that year - and the place has not been the same since. By God's grace Nav Jivan has not only become a leading partner with the Government TB programme - with an over 95% cure rate - but is now managing the entire government TB programme for the district of Latehar! 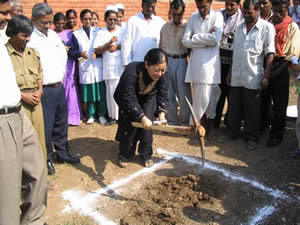 Much of this is due to the prayers of many - and the sweat and tears of our dedicated colleagues at Nav Jivan. People like Dr. Chering Tenzing (seen breaking ground for the new TB unit above) who has worked at NJH for the past 1/2 decade and has been instrumental in moving the whole programme forward. 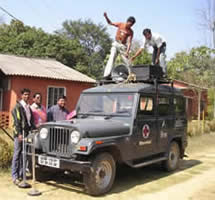 People like our colleagues from the community health and development programme (seen getting a jeep ready for a village programme - you can see the report by clicking: here). Young men and women who have put years of their lives into serving others in often harsh and un-rewarding situations.

We had the privilege of working at NJH from 1997-2001 and are regularly in prayer for the on-going work there.

Do you know of someone who God is calling to join the team there?

Could that someone be you?

Please contact us a.s.a.p!
Posted by Andi and Sheba Eicher at 16:35