A message from Stefan 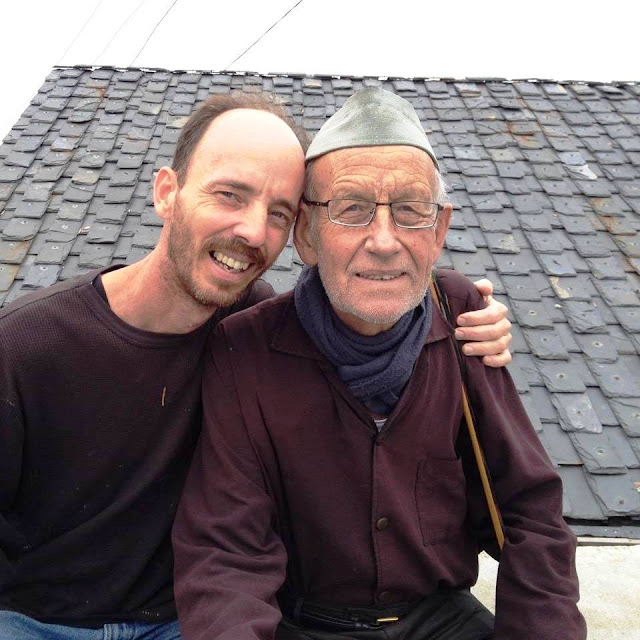 Stefan wrote this message which we read out at Dad's funeral.  It deserves to be read in full.

Today, August 15th is my birthday, and so I guess, a good day to talk about my father, and reflect on the last 45 years I shared life with him.

Not only did he help give me life 45 years ago, but in deeply significant ways he also taught me how to live that life.

I think of walking with him at the up-market Kemp’s Corner, near our home in Nana Chowk in the heart of Bombay, where we lived for the first 15 years of my life. I was perhaps 10 years old, the age my son Ashish is now, and I remember as I was walking, suddenly realizing that Dad had disappeared.

I turned around to see him, way behind, sitting on the sidewalk, his feet in the gutter, next to a leper who was begging by the side of the road. Dad had given him a tract about God’s love for him, and was talking to him with his arm wrapped around his shoulder, and the man with leprosy was smiling.  I remember feeling terribly awkward, feeling a hot flush of embarrassment standing there alone, as wealthy people in suits and briefcases walked by.

However, it was only much later, while in college, as my sense of what is important in life began to crystallize, that I thought back to that experience. I distinctly remember the feeling of embarrassment being replaced with one of pride, deep pride for who my Dad was.  For his humility and love for the ordinary, the small, the poor, the down-trodden.  For his right-side-up values in a world that is upside-down.

It was Dad’s clarity of vision, that people matter, that people are made in the image of God and have value, that has profoundly shaped me.  I remember a second time walking with him many years later as a 30 year-old in Connaught Place, the heart of New Delhi.  Right in front of our eyes an auto-rickshaw came careening out of a side alley, out of control, and although missing a second auto, clipped its edge and pulled off some of its bumper.  I remember the driver of the damaged auto getting out, livid, raining abuses upon the first driver.

I remember the auto driver’s anger dissipating, him thanking my father, him getting back into his auto and driving away.

Or the story of a Mussoorie friend who told me about the brand new generator my father had helped him buy for some hill-side project, which he had kept in his jeep and which got stolen overnight.   I remember this brother telling me how he went to Dad with great fear and trembling and was so surprised when Dad’s immediate response was: “No problem.  That is only a generator.  You are so much more important than a generator.”

And finally there is my own experience, learning about grace—that usually abstract theological idea that instead of the punishment we deserve, God embraces us with arms of love.

I learned about grace, because with my Dad I experienced it. During a two-year period that my parents lived in the US while I was in college, somebody gifted them a car.  Having planned an overnight journey with some college friends to visit my brother 16 hours away I asked my father if I could take the new car.  Although quite hesitant, because they hadn’t even begun using it, he gave me permission.

To cut a long story short, having driven all night on our way back, due to an error on our part the engine overheated and totally broke down.  I remember walking in the morning light, with dread in my heart, along the stretch of desolate high-way to a stranger’s house, knocking on the front door and asking to use his phone.  My Dad picked up the phone, and cutting me short as I tried to explain what had happened, asked me just one question: ‘But are you okay?’

He then arranged for a tow-truck/crane to drive out to us, which pulled the car straight to a junk-yard.  Instead of the anger, or grave parental advice I expected and deserved, when I reached home he simply held me in a long tight embrace. And he never mentioned that car to me, ever.  Ever. 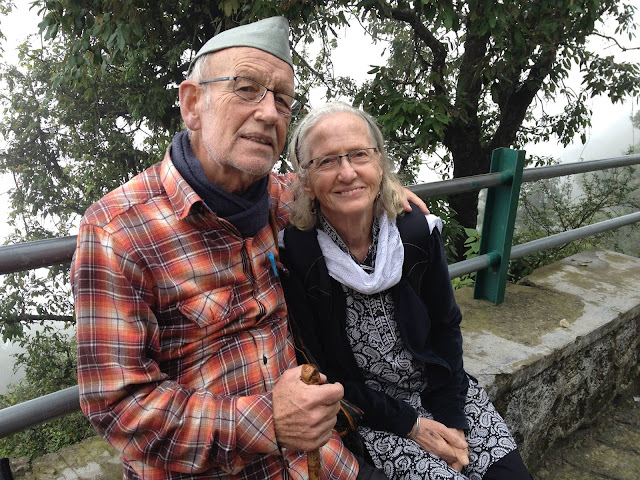 Of course my father made many mistakes as well. With all the wonderful things about my father, he was also flawed.  We are all flawed.  But as children, we see the flaws of our parents up close, and often experience them in very direct ways.  As children we enter the world expecting perfection, as we should, and end up hurt, often disappointed.

Just before my first child Ashish was about to be born I remember being gripped with fear about fatherhood.  I remember thinking about how impossible it was going to be for me to be the best father.  I was going to end up disappointing my child in some way or the other, just as I had known disappointment with my own father.  But then something released me from all fear: I suddenly realized that just as I have had been able to forgive my father for his failings, one day my child would forgive me for mine.

Forgiveness is a wonderful thing.  It changes everything.  It literally changes the world.  And I am grateful for the many opportunities my father and I have had to forgive each other, to be forgiven by each other, and to set things straight.

My father has departed.  But over the years, I have been grateful for many departures, up at the top of the hill behind Sisters Bazaar, where having walked up the hill from Shanti Kunj after yet another visit, I get into a taxi, and wave till the last moment possible and Mum and Dad disappear from view.

The ache of each impending separation became opportunities to set things straight, to seek out Dad’s forgiveness and in turn to forgive, to stand there at the top of the hill and experience the bliss of a father’s embrace of total love and acceptance.  And I am grateful to Dad for that.  Having had the chance to resolve so much, having experienced so much grace with my father, somehow this last goodbye here on earth isn’t as hard as I thought it would be.

Not only did he help give me life 45 years ago to this day, August 15th, but in deeply significant ways he also taught me how to live that life well: through his compassion, through helping me experience the reality of grace, and through knowing the wonderful freedom that comes from forgiveness.


On behalf of my wife and three children, I want to say how deeply we wish we could be there with you all, but have found peace in the limitations that we are forced to live within.  I count it a special blessing to have had the opportunity to spend time with my father a month ago, during the double window of opportunity in which I flew to India, and my father still had his strength.

I arrived in Mussoorie with much fear and heaviness, knowing that he was dying, knowing that those were possibly the last days I would see him on this earth. But to my total surprise, from the moment I stepped into Shanti Kunj, Mum and Dad were so full of peace and joy, and those 10 days so full of celebration and gratitude, talking about the past, talking about the future.  Gratitude for life to be lived, and gratitude for the remarkable life that God had granted him. 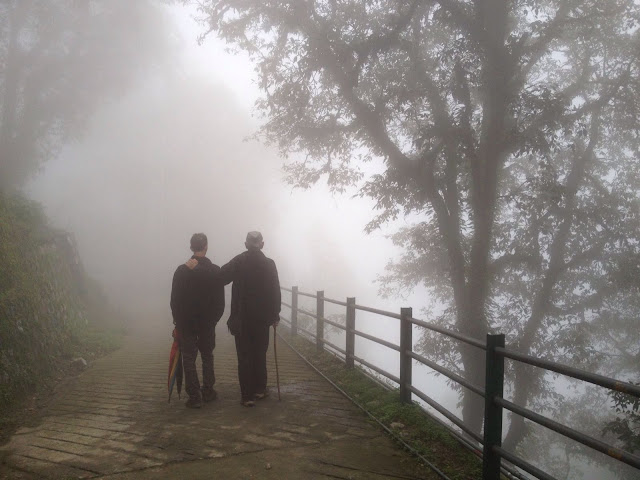 Posted by Andi and Sheba Eicher at 09:08