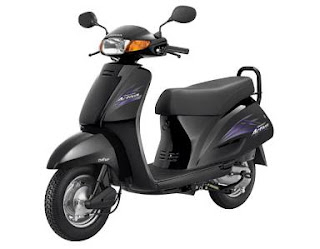 One minute I was scooting along on our black beauty (read: the Eicher's trusty and slightly rusty Honda Activa).

The next thing an autorickshaw had suddenly swerved in my way. I hit the brakes and found myself in the unthinkable situation of skidding and then wiping out on the road.

Bike down. Me hitting the tarmac.

Over in a split second.

A big truck behind me mercifully pulled up well short of me.

The autorickshaw stopped 20 meters ahead. Driver and passenger looked out back at me, slowly getting up.

Gash above left elbow. No bones broken it seemed. Helmet mercifully on (it almost always is - even for short trips - which this was).

As I got up dustily and bruised I have to admit I gestured to the autorickshaw driver to come back in what must have been a bit of a threatening way.

He packed up and scooted off. Even if I wanted to I could not make out the licence plate given how illegibly it was painted on the back.

And so back to the fallen angel on the road. And another quick check of me. Both seemed more or less OK.

I puttered back home bleeding slightly from my arm and rather shaken.

A quick shower and then Sheba's ministrations to dress the wound. Mercifully other than the deep gash near the elbow, the other scratches were minimal.

I was due to go to Mumbai for the dedication of Dr. Shantanu Dutta as the new director of Oasis India Trust and the sending off of his predecessor John Nonhebel. A short think and pray, and I decided that I would go - bandage artfully hidden under a light cotton kurta.

Since the kids are on summer holiday I took them with me. It was a moving experience to be present with key church leaders as we prayed for our colleague Shantanu in his vital new role - and said good-bye to an old friend in John. The kids were the cynosure of all eyes as they quietly read their books during the talks and chatted with their 'uncles and aunties' during the lunch that followed.

At the end of the day - the bruises and the pain of the wound spoke to me. Through the night and into today, this muted conversation has continued - small comments from my 'members' telling me to take care of them and let the healing flow - and also reminding me just how close I came to having April 15th as my last day on earth.

Eternity is very, very close.
Posted by Andi and Sheba Eicher at 08:28